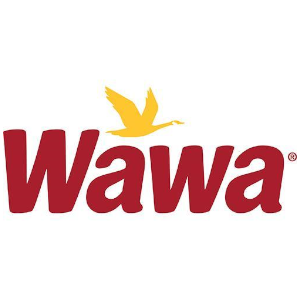 Started in 1803 in New Jersey by George Wood as a privately held iron foundry, Wawa was far from what we now know it as.  It wasn’t until the end of the 1800s that Mr. Wood decided to enter the dairy farming industry in the town of Wawa, Pennsylvania. Officially starting in 1902, Wawa became a “huge success, due to its quality, cleanliness and ‘certified’ process,” (wawa.com).  Although successful, as the times changed, less and less people purchased and received their milk through home delivery services; this prompted Grahame Wood, grandson of George Wood, to open their first location in Folsom, Pennsylvania in 1964.

Now, with approximately 30,000 employees and over 750 stores, Wawa continues to grow throughout New Jersey, Pennsylvania, Delaware, Maryland, Virginia and Florida.  In addition to growing in size, Wawa has also grown in the products and services they offer, “such as built-to-order hoagies, freshly brewed coffee, hot breakfast sandwiches, built-to-order specialty beverages, and an assortment of soups, sides and snack,” (wawa.com) as well as gasoline at over 500 of their locations.

The Wawa Foundation, a non-profit organization, focuses on their “commitment to help build happier, stronger communities” through their charitable partnerships.  Their main goal is to commit “$50 million to causes in support of Health, Hunger and Everyday Heroes by 2018.”

Fun Fact: Wawa’s corporate logo is inspired by the Canada Goose, found in the Delaware Valley over 100 years ago, and the Native American word for it.  Additionally, Wawa’s “original dairy farm was built on land located in a rural section of Pennsylvania called Wawa,” (wawa.com).

Wawa is also the official hoagie of the Philadelphia Eagles.